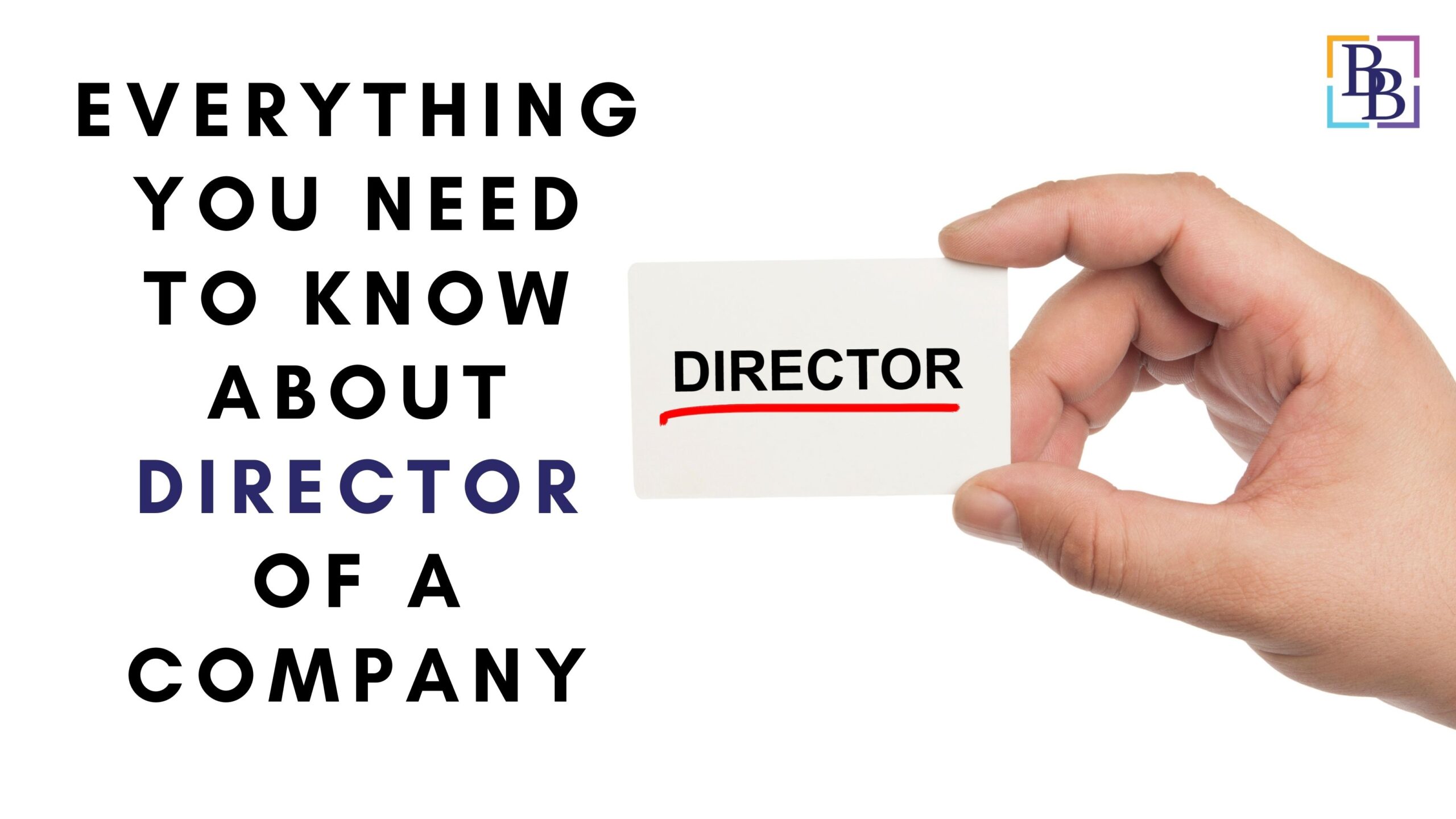 Companies have a lot of operations, and those operations can’t be performed without a director. The director’s work starts from the incorporation process and continues as long as the company goes. In this article, I’ll cover all the details of being a director.

The directors are referred to as the persons who’re elected by the shareholders to direct, conduct, manage or supervise the affairs of the company.

The Company’s Act does not precisely define the term ‘director’.

Directors are the collective body of the Board of Directors, that is responsible for controlling, managing and directing the affairs of a company. Directors are considered the trustees of the company’s property and money, and they also act as the agents in transactions that are entered into by them on behalf of the company.

Companies Act, 2013 defines the term “Director” as someone appointed to the Board of a company. The Board of Directors means a group of those individuals elected by the shareholders of a company to manage the affairs of the company. Since a company is an artificial legal person created by law, it is necessary to act only through the agency of natural persons. It can only act through human beings, and it is the Directors through whom mainly the company acts. Therefore, the management of a company is entrusted to a body of persons called the “Board of Directors”.

How to become a director in the company?

Any person who wants to become a director in a company needs to have a Director Identification Number (DIN Number). DIN Number can be obtained for any person over the age of 18 by applying to the DIN Cell.

A Managing Director by virtue of Articles of Association of a Company or an agreement with the company or a resolution passed in its general meeting, or by its Board of Directors, is entrusted with substantial powers of management of affairs of the company.

An Executive Director or whole-time Director is in full-time employment of the company.

An Ordinary Director refers to a simple Director who aren’t whole-time Directors or Managing Directors but they attend the Board meetings of a company and participate in the matters just like rest of the Board of Directors.

The total number of Directors and additional Directors of a company together shall not be more than the maximum number fixed for the Board of Directors by the Articles of Association.

An alternate Director act for a director called the original director during his absence for a period of not less than three months from India. He/she is appointed by the Board of Directors in a general meeting of the company.

They’re generally, appointed for a person who is Non-Resident Indian (NRI) or for foreign collaborators of a company.

Professional Director is those who have professional qualifications but do not have any pecuniary interest in the company. In large companies, sometimes such professionals are appointment to the Board to utilise their expertise in the management of the Company.

A Nominee Director refers to a person whose nominated by banks and private equity investors who grant debt or equity assistance to a company.

These institutions set a condition as to appointment of their representative on the Board of the concerned Company in form of Nominee Director.

Residential Director refers to the director who has been in India and stayed for not less than 182 days in a previous calendar year.

As per the law, every company needs to appoint a residential director.

As per Company Law every company be it a private company or a public company, would be required to appoint a minimum of one-woman director in case it satisfies any of the following criteria:

The company is a listed company and its securities are listed on the stock exchange.

The paid-up capital of such a company is Rs.100 crore or more with a turnover of Rs.300 crores or more.

Maximum and Minimum Number of Directors in Private Limited Company:

Minimum Number of directors in company are as follows:

We hope you enjoyed reading this article on Directors of the Company. If you want to set up a company in India and need assistance with your incorporation, please feel free to contact us anytime at Info@bbnc.in. Thank you for reading, we are always happy to be able to provide useful information on topics like this!